South Korea's March factory output jumped by the most in 11 years as demand for display panels and cars received an unexpected boost from lengthy shutdowns in competing Chinese factories amid the coronavirus pandemic.

Industrial output surged by a seasonally adjusted 4.6% in March from a month earlier, government data showed on Wednesday, marking the biggest expansion since a 7.3% jump in February 2009 and handily beating a 1.3% fall tipped in a Reuters survey.

“Output of electronic components were seen weakening before March but demand surged in March on production disruptions at Chinese companies,” a Statistics Korea official said.

The boost is likely to be short-lived, however, as factories in China gradually restarted operations, he added.

Despite the surprise output surge, the prospect of a recession is growing in Asia's fourth-largest economy.

The coronavirus pandemic pushed South Korea's economy into its biggest contraction since 2008 in the first quarter, as self-isolation measures hit consumption and global trade slumped.

President Moon Jae-in on Tuesday said growth readings for the economy are likely to worsen in the second quarter with the deepening impact from the pandemic.

Minister of Economy: Deglobalization is a Must

Minister of Economy Shen Rongjin pointed out yesterday (28) that from the US-China trade war to the spread of the new crown pneumonia epidemic, the "de-globalization" of manufacturing is now a key issue for companies. In addition to the use of Industry 4.0 Internet of Things remote control machines , And also readjust the global stronghold. He also said that companies including information and c...

China is the world's largest producer and seller of electric vehicles. In 2020, electric vehicle sales will look at 2 million units, driving the rapid growth of industries such as batteries, connected cars, autonomous driving and charging equipment. Although the Chinese electric vehicle market is dominated by domestic production and domestic sales, due to the current lack of technology and R & D ...

Minister of Economy: Deglobalization is a Must

Minister of Economy Shen Rongjin pointed out yesterday (28) that from the US-China trade war to the spread of the new crown pneumonia epidemic, the "de-globalization" of manufacturing is now a key issue for companies. In addition to the use of Industry 4.0 Internet of Things remote control machines , And also readjust the global stronghold. He also said that companies including information and c... 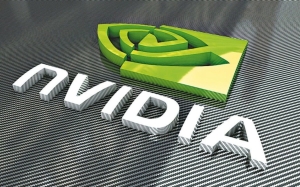 Taiwan’s TSMC has become one of the leading foundries in the world with Apple included among its list of illustrious customers and for good reason – its nodes are among the most advanced in the world. Despite the expected downturn in chip sales thanks to the impact that COVID-19 is having on the smartphone market, Digitimes is reporting that both Nvidia and AMD have between them helped to book ou... Detroit's car companies are targeting May 18 to resume some production at their U.S. factories after the companies shut down their plants in March amid the spread of the coronavirus, according to people familiar with the plans. Executives from General Motors Co., Ford Motor Co. and Fiat Chrysler Automobiles NV in recent days tentatively settled on the timeline after talks with United Auto Work...

Established in 1985, China Mars Corporation is a specialized maker of various strobe and warning lights for use in vehicles, with nearly 30 years of expertise to be well recognized by professionals all over the world Decades of focus on R&D and customer satisfaction has seen company build a solid ground in the global supply chain of auto strobe lights and served capably as a world-caliber OEM....

Following the Chinese Government’s initiatives to prevent and control the COVID-19 outbreak, the organisers of the Chengdu International Trade Fair for Automotive Parts and Aftermarket Services (CAPAS) have announced the defer of the show’s 2020 edition. The fair, originally scheduled from 21 to 23 May 2020, will now be held from 20 to 22 May 2021. In China, the State Council issued an announc...

The digitization of metalworking industry is being accelerated by the advent of emerging and disruptive technologies which are to be the next era of global growth and innovation. At METALEX Vietnam 2020, industrialists will learn how they can enhance productivity and product value and how their factories could be transformed through metalworking intelligence by capturing, tracking, measuring, int...

Since increasingly severe COVID-19 epidemic spread out in past 30 days, China economy has been dampened. Greater global connectivity and supply chain dependency on China and reliance on Chinese consumption currently, without a doubt, COVID-19 triggers a greater economic fragility. Emergent Production Adjustment As the fight against the novel coronavirus outbreak intensifies, Chinese local a...